I apologise to anyone with a dial-up internet connection, but a whole load of my unusual heirloom peas are now flowering and they're all worthy of a few pictures. I am a pea nerd, I can't help it.

Carruthers' Purple Podded
I already described this one in a recent post ... it's from Co. Down in Ireland and the flowers are large and beautiful on long curvy stems. The pods are starting to look promising too. 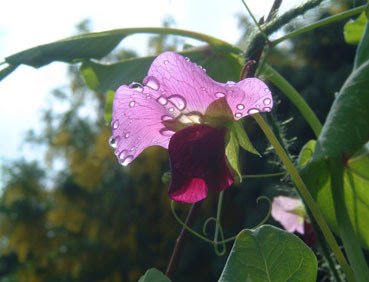 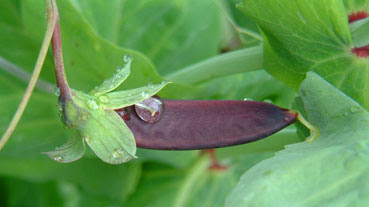 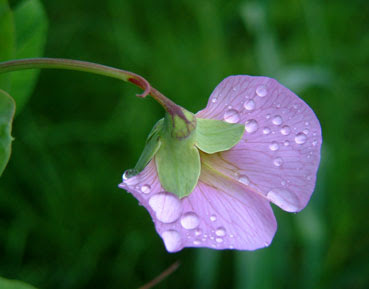 Clarke's Beltony Blue
Superficially very similar to Carruthers' (it's not the same though because the seeds look very different) and also from Northern Ireland, this time from Co. Tyrone. It's been grown on the same farm there since 1850, possibly much earlier. Mine has proved slightly less vigorous than Carruthers but it has the same pattern of purple markings on the calyx and similarly large and beautiful flowers. 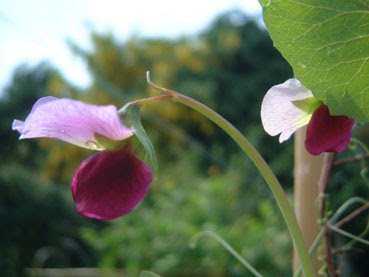 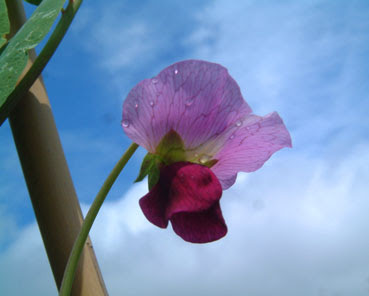 Corne de Belier
A French mangetout (snow) pea with a gourmet flavour reputation, dating back to the 19th century and also sometimes known by the less glamorous name of Tall White Sugar. Flowers are a modest size and creamy white. 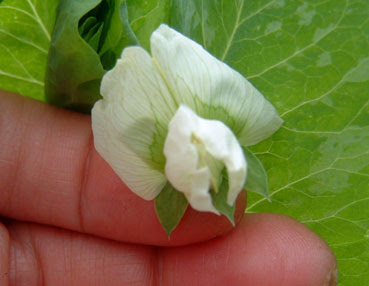 Desiree
I previously reported that this looked to be a dwarf variety ... but it isn't. It's just a bit compact and slow growing compared to other purples. Mine has reached about three feet now and still going. The leaves have a purple splosh on the back, and the flowers are large and beautiful and mostly borne in pairs. Wide compact pods are a very dark purple colour. I know nothing about this variety or its background. 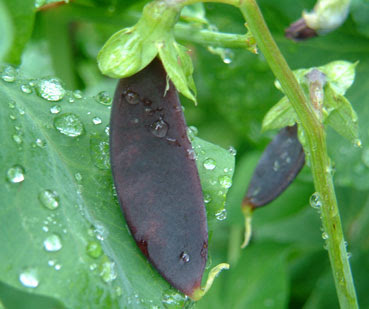 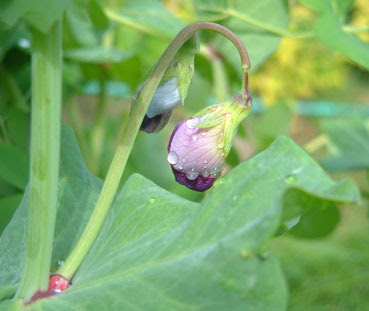 Ne Plus Ultra
Very popular in the mid 19th century, and still very elegant in the garden today. The pods are large and smooth and they look like they're going to have about eight peas in each. 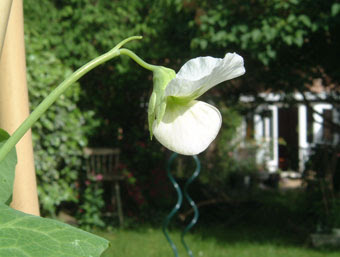 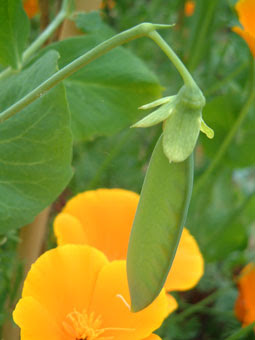 Ne Plus Ultra (with California poppies)

Kent Blue
You can see how this one got its name. It goes through the same flower colour changes as other purpley-type peas, i.e. starting off with cream buds then two-tone pink and maroon flowers which gradually turn blue. But the colour on this one is darker and more intense, and the flowers turn blue while they're still in their prime, unlike other varieties which only go blue when they're old and sagging. The wing petal is a really deep velvety midnight blue ... lovely. The standard petal is pale blue with a pinky-red base and has dark veining which is also very attractive. They are small flowers compared to other varieties but they're borne in pairs.

The exact origins of this pea are unknown, but it has apparently been saved as a family heirloom since the 1940s in Sevenoaks, Kent. 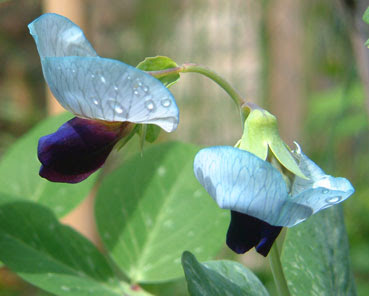 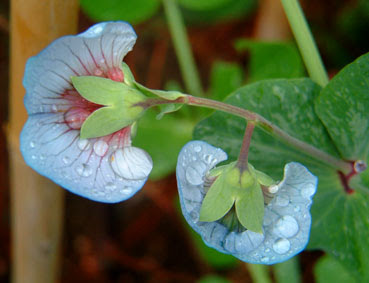 If you're interested in getting hold of any of these you may have to search around, but here are some places to start:

Excellent pics Rebsie, really nice pods. You may convert me to them.

Hi and thanks for leaving the message on my blog! I like yours too.........fantastic peas!!

Just back from hols and Mr Bethell's is in flower,beautiful and several purple pods forming

Gorgeous peas, I'm so jealous. I admit I am hardly ever successful with peas. When I should be out planting them, I wimp out because our weather is just so cold. Then the weather suddenly turns hot and steamy and I'm way too late.

I did not know there are so many peas which such wonderful blossoms, lovely photos!

Are these edible? Not that I'd want to, but I have four boys. I thought I planted snow peas and these popped up. Thank you!

I totally appreciate with the advices that has been given in this post about flowers.