An intro to my garden 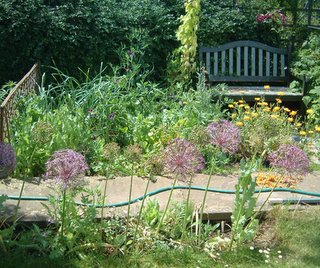 I only moved here in 2004, at which time the whole thing was almost completely turfed over with several overgrown fruit trees and bushes. I'm still in the process of bringing everything back into cultivation, digging up turf and rejuvenating the fruit bushes. Although the garden has been much loved by previous owners over the years it's also been dosed with all kinds of toxic gunk (I found some of the bottles in the shed when I moved in) so I'm in the process of restoring a balanced ecosystem. Unfortunately this takes a few years, can't be hurried, and often involves watching your precious plants being massacred by pests and diseases while nature sorts itself out. I'm also having to chuck stupendous amounts of organic matter onto the soil to get it into decent condition again ... it's so sandy that water and nutrients just drain straight through it.

I've got various projects on the go, which are described in separate posts and will be updated from time to time. 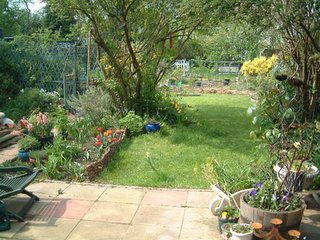 Posted by Rebsie Fairholm at 9:31 pm

Interesting website with a lot of resources and detailed explanations.
»