Garden gallery for the merry month of May 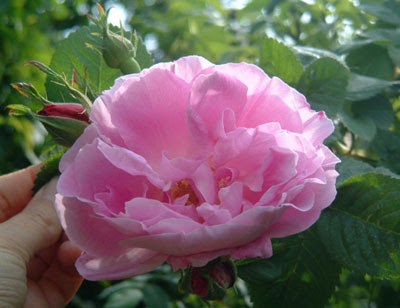 First rose of the season. No idea what variety it is, I inherited it when I moved here.

Here's a few shots from around the garden over the last month.

And with a bit of luck my pictures might get better from this month onward. My husband just won a merit award for his excellent teaching (he's a psychology lecturer at the University of Bath) and the award came with a modest cash bonus. As he didn't have anything particular he wanted to spend the money on himself, he very generously offered to get me a digital SLR camera. Then I can give him my existing camera, a Fujifilm digital compact, which has served my needs very well but frustrates me with its limitations. 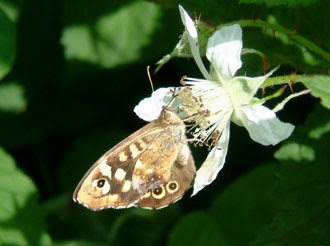 Notwithstanding a lot of farcical arsing around at Jessops, I should within a few days have a nice shiny Nikon D40, which I mainly chose because I still have a bagful of old Nikon lenses from when I was a photography nerd in the 80s and 90s, and they might come in handy. When I say I used to be a nerd ... photography was my big hobby in the days when I didn't have a garden, and I took it very seriously. I'm astonished when I look back at what a spectacular amount of money I used to spend on film and processing during my youth. I was completely off my trolley. I would only use colour slide film because colour print film wasn't good enough, and that cost quite a bit. I'd also use black and white, which I developed and printed myself, crawling inside a kitchen cupboard to load film onto the developing reel in total darkness and then sloshing trays of chemicals around in the bottom of my shower cubicle. And just to illustrate that I really was completely mad, I got fed up with always having slide film in the camera when I wanted to take a black and white picture and vice versa, so I bought two identical cameras and carried them everywhere with me, loaded with different films. Two big chunky camera bodies and three lenses, in a bloody great bag which gave me backache everywhere I went. 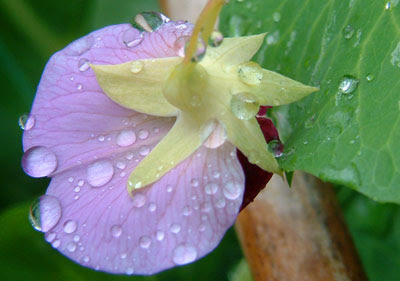 And what was it all for? I have a huge collection of photographs of old gravestones, having had a lifelong fascination for them, especially the 18th century ones with chubby cheeked cherubs and skulls and crossbones. So many, in fact, that I've always intended to have "1/60th at f8" engraved on mine for the benefit of future churchyard snappers. I used to enter competitions, but the only time I came close (second prize) was with a print I made by mistake when I leaned against the wall in the darkroom and accidentally hit the light switch, fogging the light-sensitive paper in the developing tray and creating a weird arty effect in the half-developed image. 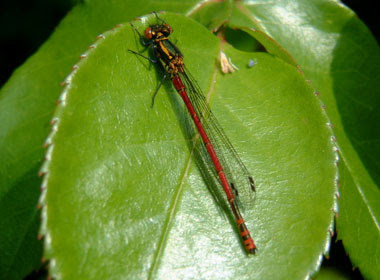 What a marvel it is in this digital age, to be able to photograph something in the garden and share it with people all over the world the same day, without it even costing anything and without sticking my fingers in disgusting chemicals. It was all immensely satisfying and fun at the time but these days I really can't be arsed. I take more photographs now than I did in my nerd days (there's over 7600 images in my iPhoto library, mostly of vegetables) but I now take for granted the convenience of plugging the camera straight into the computer and doing the 'processing' in Photoshop. There's just one thing digital cameras can't compete with, and that's the magic of watching a black and white print slowly developing out of the blank nothingness. 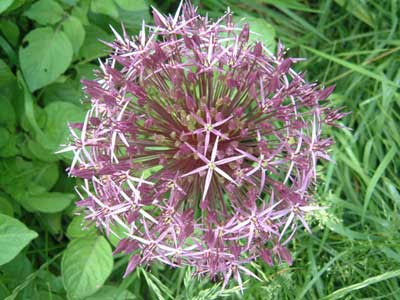 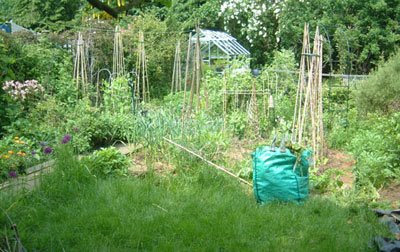 A view of the garden, with the new greenhouse (which I still haven't had time to blog about) in the far corner, shamelessly unmown lawn, and a Cheltenham Borough Council "green bag" for municipal garden waste collection ... what a godsend that is. 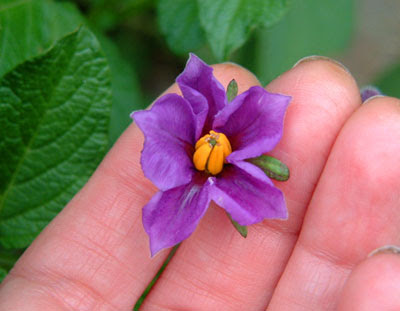 I've had mauve-flowered potatoes before, but I've never seen anything this purple. This is Mayan Gold. The flowers are smallish but abundant and delightful. 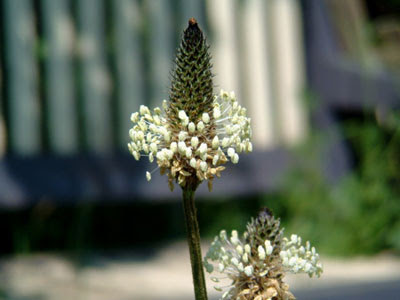 Plantain flower. Yes I know it's a weed, but isn't it beautiful?
Posted by Rebsie Fairholm at 1:19 pm

I'm amazed at how easy it is too. Back in the film days I would rarely take photos. I hated the chemicals. Now it is so easy to click at anything and I can see if it comes out and if not take some more. Instant gratification.

BTW I love the damselfly. Yesterday I had my first dragonfly in the garden. I was so happy. But of course didn't have my camera with me.

I'm looking forward to seeing how you get on with the new camera. My camera (well it was the OH's b-day pressy a couple of years ago! but I use it all the time) is also a Fuji, small and v portable, it goes everywhere with me (I mean us!).
But, snap! I have a box full of Nikon lenses which I used with a lightweight Nikon body - it was compatible with all the gear in the art school photo dept. For over 20 years I carted it all over the world and invested in some huge lenses for taking photos of lions and polar bears! A few years ago in Japan I got stared at - my camera was an antique! - all the locals were using their mobile phones to take their photos!

I've sneaked a look at the price of the D40 on Amazon, tempting!!!

The D40 is a fine beast. I've got a D200 myself, for similar reasons as you...To make use of old AF lenses. (Their focal length gets increased by 1.5 times by the way, as a sensor chip is smaller than a 35mm frame)

I did a photographic processing apprenticeship, and worked in and darkrooms for London Pro labs for 13 years.(Mostly "Joes Basement" in Soho, if you ever came across them.) Still really miss my B/w darkroom days.... I could lock myself away from the boss, and create magic!...or sleep.

Photoshop is an addictive little bugger though too.

The smell of hypo still gives me a nostalgic rush. My partner teaches photography, and there's a wet darkroom at her place of work, which I visit when I can.

liked reading about the nerdishness, lol!

glad you share your garden photos with us .. beautiful and informative all at once.

i think you were right about my peas with the red splodges - on one of them the top part of newest growth is going lemony-yellow!! will post photos when it grows a bit more :-)

Thanks everyone! And to think I had doubts about posting this at all because I didn't think anyone would be interested ... it's nice to know there are so many other photography enthusiasts out there.

Celia, the D40 is really good value for money as far as I can see, but one reason it's so 'cheap' is that the autofocus will only work with modern lenses ... older lenses will work as manual focus only. Doesn't bother me because all my old lenses are manual focus anyway, I'm such a Luddite!

Greenmantle, it's interesting that you have a background in darkroom work. I worked in a darkroom too for a while, but doing reprographic work (for publishing) rather than proper photography. Only trouble is, I'm scared of the dark ... so I used to have to sing all the time to stop myself freaking out. That's probably how I ended up becoming a singer instead. I really did see a ghost in a darkroom once ... scared the fecking shite out of me, I can tell you.

Jeremy - ah yes, I miss the fixer that smells a bit like salt and vinegar crisps ...

Hedgewitch, if it's got some lemony-yellow top growth then I'm sure that one must be Golden Sweet. It's a beautiful, beautiful variety - you will love it!