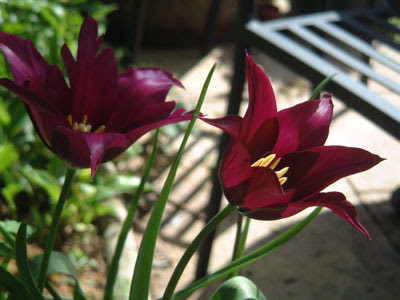 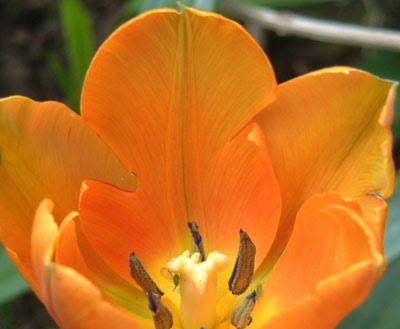 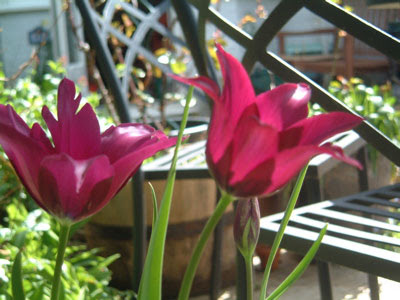 Once again I'm posting some nice pictures while I'm too busy to write anything more considered. Yes I know there's a couple of greenfly on that orange tulip. But we are an organic garden and we are tolerant. 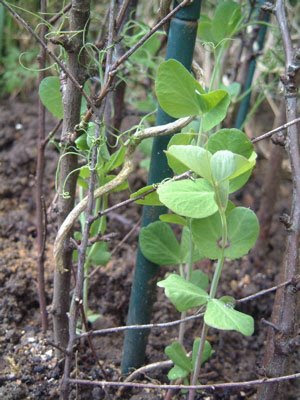 Lots of peas on the go at the moment. I have tall peas - Sugar Magnolia with its manic tendrils ... 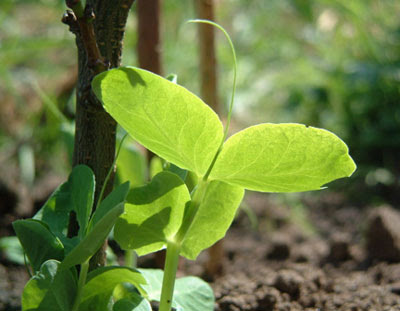 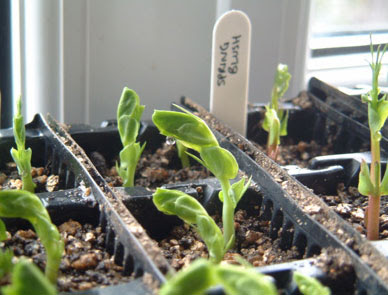 ... and some new seedlings. The green ones are another breeding project in the making, an F1 from Magnum Bonum x Carruthers' Purple Podded. I don't know what I'm looking for or what I expect from the cross. It's just that they are in my opinion two of the best peas available, an outstanding heritage greenpodder and the best tasting and most beautiful purple podded. And they were both flowering in the garden at the same time last summer, so it made sense to cross them. To the right of the picture are some peachy-coloured seedlings of Spring Blush which is related to Sugar Magnolia and has the same alien-head hypertendrils. 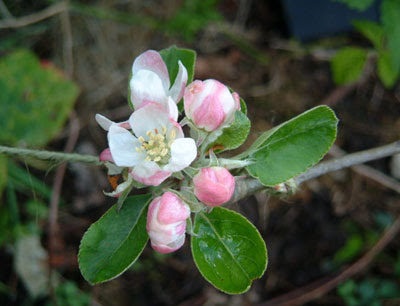 The apple blossom on all the trees is lovely, and smells distinctive too. Tewkesbury Baron is quite strongly scented. 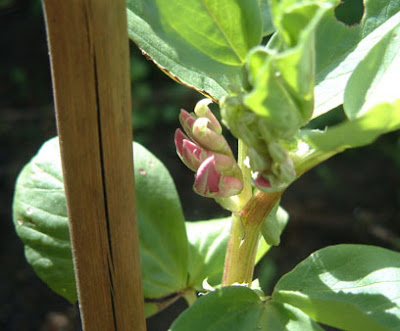 Many people grow and enjoy the heritage Crimson-Flowered Broad Bean, and rightly so, it's a superior variety. But the seeds I bought in 2005 from W. Robinson & Son showed a mixture of flower colours: pale pink, dusky pink, mauve, two-tone pink/charcoal black, as well as the expected red. I assume the seed stock had been accidentally crossed with a more common black-and-white flowered variety, and this was probably the F2. Not that I mind at all. They were absolutely beautiful, to be honest. It was quick and easy to eliminate the pinkness by saving seed from the best reds, so I'm assuming the red-flower gene is a good hearty dominant. But I like the pink ones too, so I saved some seed from those separately. And here's one of them just coming into bud. Isn't it lovely?
Posted by Rebsie Fairholm at 11:41 pm

Lovely lovely tulips ... do you know the name of the lily-flowered one at the top?

The lily-flowered one is a French variety called Bourgogne. My mum brought it back from France and I've no idea whether it's available over here ...